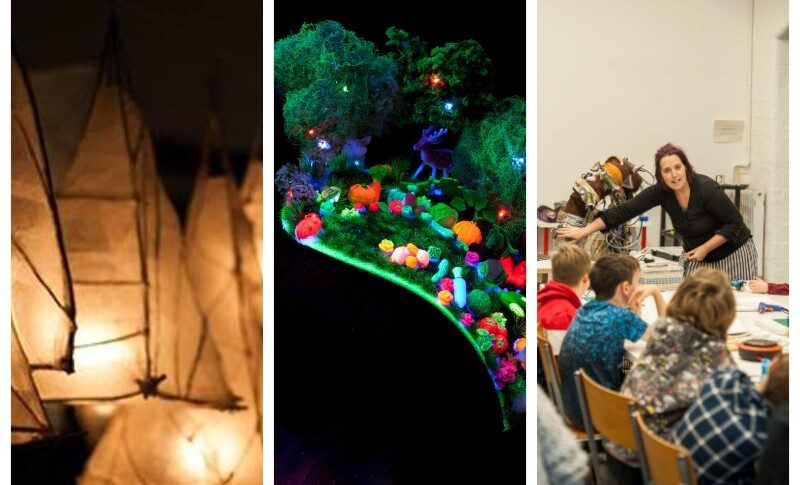 In The Meanwhile is a project organised by Bath Spa University and Little Lost Robot Studio working with B&NES Council, to reinvigorate temporarily vacant spaces with the talent and imagination of the local creative community.

Join us at Milsom Place for a series of engaging workshops around the theme of light which aim to act as an antidote to the year of isolation from which we have recently emerged.

Artwork created in these workshop sessions will go on to be accompanied by a selection of digital and sculptural artworks by local artists and community groups in a light trail populating empty shop windows in Bath throughout January 2022. 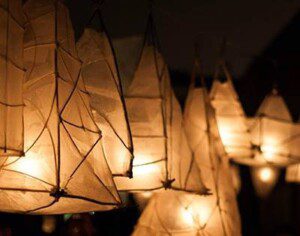 Make a willow sculpture which will be lit up by Little Lost Robot’s creative technologists and feature as part of the light trail around Bath in January!

Book a place by emailing: juliet@lostrobot.org
(Drop in’s will be accepted on the day if space is available. This workshop is for adults, with a bus fare subsidy for people coming in from Bath’s outlying towns – Keynsham, Midsommer, Radstock, Peasedown.) 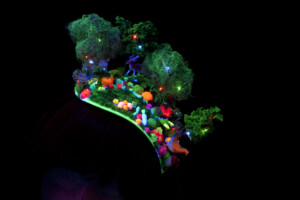 Makers can take their work home and will be invited to take part in a ‘brighten up blue Monday’ parade in January 2022.

Book a place by emailing: juliet@lostrobot.org
(Drop in’s will be accepted on the day if space is available. This is workshop for people over the age of 8. Children must be accompanied by an adult.)

Sun 19 December, 10am – 2pm
Where the wild things are children’s workshop

Help make a collaborative artwork which will be lit up by Little Lost Robot’s creative technologists and be part of January’s light trail around Bath!

Our artists will bring a ready made triptych frame depicting winter ‘where the wild things are’ scenery. In each session we will help children make and decorate their own ‘monsters’ who will fill up the empty scene. The background will be painted on perspex so we can light it up in a window display as part of the light trail.

Drop in between 10am and 2pm on the day and get involved!

(Most suitable for children aged 5-7, plus we will have some colouring and making worksheets for other age groups to join in. Children must be accompanied by an adult.) 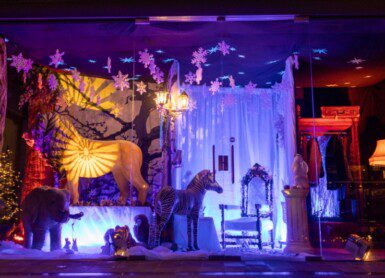 Peek through the wardrobe…

For a limited time only, make a trip to Milsom Place to discover a vision of Narnia… 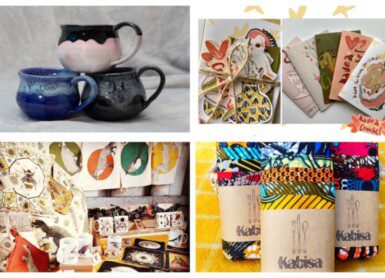 In The Meanwhile | Makers markets 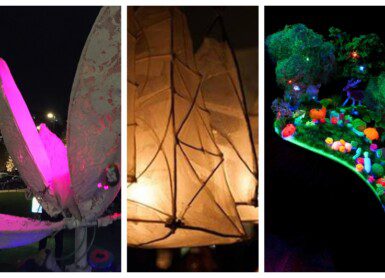 In The Meanwhile | Light trail 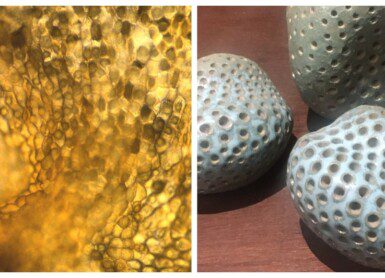 In The Meanwhile | Artists in residence 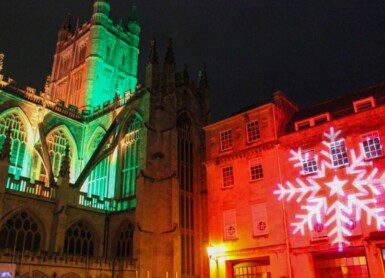 This Christmas, some of Bath’s most iconic streets and buildings will be brought to life with magical illuminations… 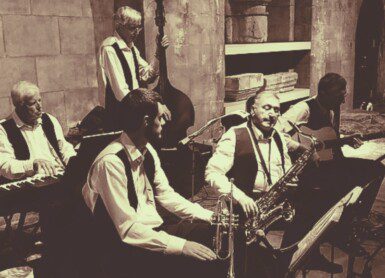 Round off your week with cocktails, tempting dishes and jazz every Thursday… 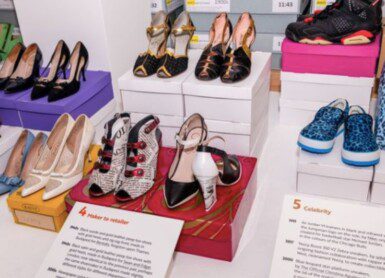 Chanii B in The Fashion Museum Bath 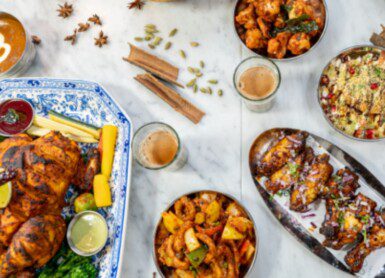 We use cookies on our website to give you the most relevant experience by remembering your preferences and repeat visits. By clicking “Accept All”, you consent to the use of ALL the cookies. However you may visit Cookie Settings to provide a controlled consent. For more detailed information about the cookies we use, see our Cookies Page
Cookie settingsACCEPT ALL
Manage consent

This website uses cookies to improve your experience while you navigate through the website. Out of these cookies, the cookies that are categorized as necessary are stored on your browser as they are essential for the working of basic functionalities of the website. We also use third-party cookies that help us analyze and understand how you use this website. These cookies will be stored in your browser only with your consent. You also have the option to opt-out of these cookies. But opting out of some of these cookies may have an effect on your browsing experience.
Necessary Always Enabled
Necessary cookies are absolutely essential for the website to function properly. This category only includes cookies that ensures basic functionalities and security features of the website. These cookies do not store any personal information.
Functional
Functional cookies help to perform certain functionalities like sharing the content of the website on social media platforms, collect feedbacks, and other third-party features.
Performance
Performance cookies are used to understand and analyze the key performance indexes of the website which helps in delivering a better user experience for the visitors.
Analytics
Analytical cookies are used to understand how visitors interact with the website. These cookies help provide information on metrics the number of visitors, bounce rate, traffic source, etc.
Advertisement
Advertisement cookies are used to provide visitors with relevant ads and marketing campaigns. These cookies track visitors across websites and collect information to provide customized ads.
Others
Other uncategorized cookies are those that are being analyzed and have not been classified into a category as yet.
Save & Accept